This is the fifth Adventure Log in an ongoing series about Earthdawn.Introduction and Index.

The Eye of Throal is the active intelligence service for the dwarf kingdom of Throal (the Great Library is the passive arm and where intelligence is analyzed). Duties for the Eye include both internal and external security. There are a number of different types of agents, those who adopt cover identities, known as "kaer dwellers", and those that operate more-or-less openly. It is always important to have some open influence, otherwise agents in the field may be unable to secure the resources they need in times of distress.

Within canon, there are checks and balances in place to limit the Eye's influence, taking cues from the missteps of the Theran Empire. Within this campaign, these checks and balances are still in place, but they have been eroded by collusion within and outside of the Eye for personal gain and weakened by external influences seeking to disrupt the Eye's functions. The actions the Eye is willing to take are significantly more grim, along with the sacrifices they are willing to make to protect the security of Throal. Some agents have seen so much darkness in their tenure, at times only the master they serve separates them from those they work against. This much darker morality fits better with the themes I like to introduce and makes working for this shadowy organization significantly more mysterious - you may not know whose agenda you are truly serving until it is too late.

There are numerous opportunities for Groups to become involved with the Eye, whether they realize it or not. Service in the Eye can grant considerable direction for a campaign, including events leading to their induction, while still giving the players a great deal of latitude in how they approach problems. For those contracting with the Eye, Blood Oaths are a common practice to ensure silence for a least a year and a day, and the full dwarf coffers can make many worries disappear.

Recorded By: Ting V’strimon the Merciless of Urupa


Farmer, Pillar(1), wishes us to look into the disappearance of some documents. He believes some of his family members killed the courier with these documents as some elaborate plan to gain the inheritance. But first! Crackbills. They breathe poisonous gas. This sounds bad. Travelling along the road to the farmer’s looking for ambush points. That is where crackbills like to hand. Donkey path, found broken bridge, but tracks told me other people went another way, so we follow to find a camp in the middle of nowhere. Windling went to flank and we step in to find four dead guys. Then the birds showed up. Very angry. There were six. One breathed on me and it was bad. Unconscious for a bit, woke up later but very disoriented. Fight did not start well for me. But after I got my footing, I brought the pain! Blades and spells whirling through the yellow, acrid fog, slaughtering the feathery beasts where they stood. We dispatched all six of the stinking creatures. We found a small out of <silver>(2) and took the necks of the crackbills. I found a body further off into the bushes which Elmod decided to screw around with(3). Whatever he did made him freak out quite a bit, look on his face was hilarious(4). Apparently this body was killed by a pair of dwarfs and not by the feathery beasts. We hiked back to town and sold the necks.

Jak was working while we were out(5). Forged me up a slightly better battle axe, Elmod even made up a banner for the thing. Very nice. Makes me feel a part of the group.

Talked to Pillar, very excitable. He is willing to take us to see his sister and husband. In Throal, nicer area. They are adepts, working for the Throne. They left a few days before (for murder!?), maybe to the farming village. Learned what a q’wril is. His sister and brother-in-law are “scouts”. Word has it he hunts Horrors(6). We tried to go around the bridge, but found more of those stupid birds. Pillar hid the whole fight, which was good on him. Kill thirteen of the bastards before the remaining ran away. We checked out where the body of the courier was, but it was gone, evaporated.

Moved on into town. The sheep are huge(7). Felt really good about the back flip in my dance. We were welcomed. The siblings are here. Pillar is nervous. Children love me! I love attention. We went to talk to Jana and Caramon and got the signal that these are our guys. Need to get a windling-sized muzzle(8). Elmod looked constipated most of the time(9). Then Pillar burst in the room all hurt, ranting about q’wril. To be attacked! Easy kills, look to have valuable bits. Elmod made us wait before we could kill more of the tings. Also filled us in on something about Horrors infecting the dwarf couple(10). Also probably why these rodent things are all up and attacking. Someone said that is not normal. Was some fun though. 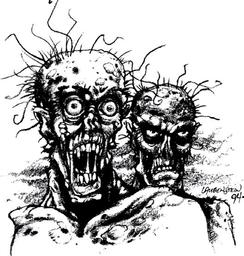 Going to be a feast tonight in our “honor” of the thing they moved the statue around. Honeysuckle brought a letter. Jak also came with some serious news. Jana did the greeting ritual, no problem. They are supposedly hunting the Horror causing this. The statue is probably responsible for some of the problems in the village. Confirmed by Elmod. We then go through greeting rituals and then Jak confronted the town. Townsfolk alarmed, in denial. Jana tries to convince townspeople, but starts to lose it. Caramon attacks statue, Jak and I do as well. Jana is murdering her husband. Villagers get Horror angries and are pulling us off. Statue falls. I go after a cadaverman, Caramon has given up, Jana and Caramon killed each other. Killed the rest of the corrupted peoples. Search of houses finds the headsman’s son having all kinds of evidence of his evilness in his basement. Gather townsfolk, make them move on and burn the village(11). Head back to Bartertown. Sold loot for mad cash(12).(13)

(1) He is an exceptionally nervous dwarf from the village of Shepherd, brother of Jana.
(2) This piece is indecipherable.
(3) Insert Nethermancer and dead body screwing joke.
(4) Realized what he was doing, eh?
(5) Working at a Forge of Maester Bleys, evidently.
(6) Caramon is a Horror Stalker.
(7) An understatement; they are also fearsome and do not like to be used as steeds by orks.
(8) Indeed.
(9) Heh.
(10) This changes things; I wonder if this is what Jana and Caramon were working on when they stopped communications. More details!
(11) This is quite brutal and efficient. Kick this up to look at.
(12) How perfectly mercenary.
(13) Received and edited by Ela Pono. 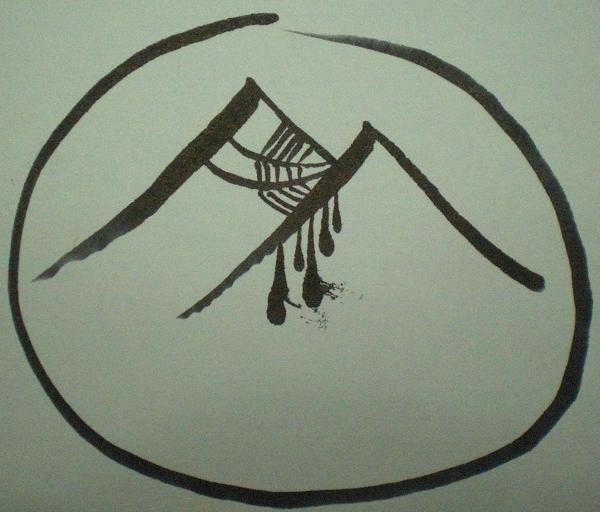 There were a few intentions for this session. First, I wanted to show some of the dangers associated with overland travel away from established trade routes. Then actually interacting with the residents of remote areas and how they can be xenophobic. This gave the characters a chance to make some friends and interact with the locals. Building this positive rapport would be pretty important for the conclusion of the session. The Horror which many of the sessions are slowly beginning to orbit around displays more of its influence here. The fact it has Namegivers out there and spreading its influence, and that it can work through objects and not just people, was another plot point. Also how deep the corruption of Horrors can go, that their influence is alien and inimical to life as it is know.

Some important aspects of the setting also made an appearance: the existence of an intelligence agency for Throal and the unfortunate truth of artisan skills. The Throal plot has been carried through the notes on the Adventure Logs for now, though it may make a reappearance in the future. I may have pulled the trigger too soon on revealing the Ritual of Greeting is just a superstition, but I was afraid if I waited too long the players may have reacted poorly to the revelation later down the road when Legend Points were invested with no return, as well that it was being used as a litmus test to detect anyone with a Horror Mark and wasn't working.

The major theme of the session was of darkness; that victory can be had, but there is a cost. Despite the heroics of the setting and campaign, it will be going to increasingly dark places. I wanted to drive that point home early and this particular session really worked for that. The two dwarf adepts sacrificed themselves for this victory and half a village was put to the sword. It was pretty somber at the table when they started picking up the pieces.

Two different props were created for this session. Crackbill necks were simple to put together and turned out well in the end. I got a cheap, nylon (this is important) jump rope and cut it into sections, around 20 cm; they had to be short enough to fit into the boxes. Using a lighter, I melted each end. This fused it, making it sturdier and lending a nice cartilaginous feel. Then some bronze paint was applied. The end result was rough and textured, but still flexible.

The earth q'wril beaks were significantly more time consuming. The base uses glass paper weights from the craft store. I applied masking tape to the tip of each glass bauble, to create the illusion of where the earth q'wril secretes fluid to break rocks apart in the final product. Next some white primer was applied and allowed to dry. This was followed by black matte primer that was applied in a thin layer. When dried, I remove the masking tape and layered clear matte sealant over them. This protected the paint and gave a more worn feeling, particularly to the tip, while the base was left as smooth glass - showing where it had been removed from the creature. The end result has some layers, uneven parts and roughness that make it feel more natural. They can also stand up to some handling, which is a bonus.
Posted by Morgan Weeks at 02:26