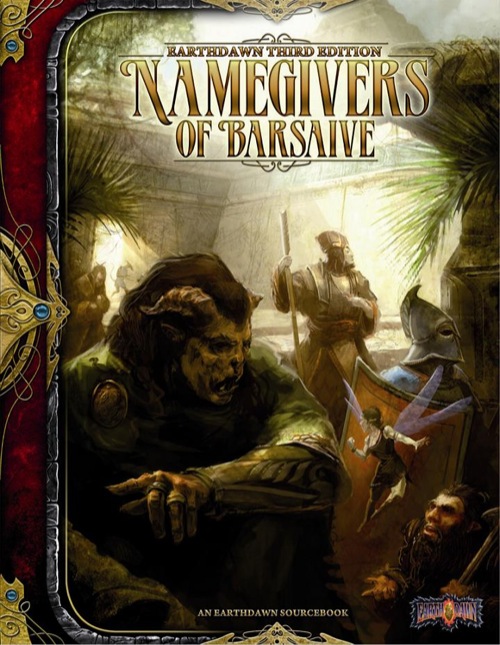 This is the tenth Anatomy of a Discipline in an ongoing series about Earthdawn. Introduction and Index.

The Outcast Warrior is a highland troll only Discipline and probably the most involved in terms of setting lore. Because of that, they are also loaded with flavor, adventure hooks, drama and reasons to be out there creating a Legend.
Honor is the most important concept for trolls (this is touched on in Sky Raider) and that is the very essence of this Discipline. An Outcast Warrior has chosen to have their horns removed and leave their moot, rather than fight to the death, over a point of honor. The details of these situations are far too complex for other Namegivers to grasp and the troll in question doesn't really like to talk about it. This is all good because you don't necessarily have to develop more than an outline of the scenario that catalyzed this outcome. Vague is better, let the other players guess at what the details are and how the Byzantine nature of troll honor dictated that this was the best outcome.

Other highland trolls are obligated to try and kill you on sight, so reconciliation with the your moot isn't in the cards and a lack of horns makes it very easy to spot Outcast Warriors. They tend to gather in groups and try to eke out a living as best as possible, or make their way with the rest of the world. This character is going to have tense relationships with pretty much everyone that they meet, in no small measure because of the questions that having no horns brings about, which of course runs into the prickly nature of troll honor and this can easily lead to a violent mess. Those Namegivers that manage these troubled waters and earn an Outcast Warrior's trust will have a friend for life.

Honor is by far and away the most important element in this Disciplines life, they chose what their moot sees as a shameful way, though what they see as the most honorable decision. The fact they chose not to fight to the death should never imply a cowardice on their part, but instead some deeply nuanced view of the honor required in the situation. What this means is that their views on honor may not be obvious in application and are a major area of development for the character.

There are other unique elements to this Discipline; initiation into it is a required part of the Ritual of Severance. The character can abandon their previous Discipline, or take the Outcast Warrior as an additional Discipline. In the latter case, they will need to decide if it will now be their primary Discipline, or their newest Discipline. This ritual may very well cause a character to become an adept, which implies a great deal of power involved.

For character development, details of their past are likely best left muddled in exposition. These are things that have explicitly been left behind. Creating aspects of their old moot can be important to establish things that the Outcast Warrior no longer does. For example, if the moot wore red as their primary color and decorated themselves with skulls, the Outcast Warrior will now shun the color red and all bones. It is an interesting exercise, a mirror of what is normally associated with a background - a list of things that are not done. From there, their development in game will be significantly more important as they learn their new life, especially their honor. 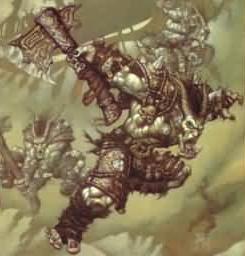 These are best employed not as a stick, but as a chance for the player to take a deeper look at what it means to follow their Discipline. The most obvious aspect of this Discipline to examine is their honor. It required them to make a difficult decision in the past and will continue to do so in the future. This should always be on the table because of how central it is to the character. Their honor also places demands on the Outcast Warrior with regard to their Group, which may cause difficulties as they try to discern the most honorable way. This is not a character of easy answers.

More minor concerns would be conduct in battle - an Outcast Warrior, no matter how pragmatic, must always comport themselves honorably in battle. They hold themselves to the very highest standards here and will likely hold their companions to the same standards. Also, returning to their old ways, whether relying too much on previous Disciplines that represent their old life, or living in a way that evokes their previous existence. All of these show that the troll has not truly severed their ties.

Outcast Warriors play somewhere between a Warrior and a Sky Raider, for better or worse. They are tough; Durability (9/7), Fireblood and Lifecheck all see to that. Battle Shout gives them a good debuff, Shield Charge and Swift Kick some options, though they are both limiting in their own way. Steely Stare is one of my favorite Talents for the grim fighter-type, even if it shows up rather late. It gives you something to do (and be good at) in non-combat situations and can potentially prevent things from escalating.

The limitations imposed by Shield Charge and Swift Kick are unfortunate as they work counter to each other and there aren't very good options to deal with that. For Shield Charge to work, you need a shield, which will most likely give you an initiative penalty. Swift Kick, however, requires you to go before your opponent. These together put some definite restrictions on your character to take advantage of them, and since you will be investing in them every Circle, it is probably worth it.

Their biggest problem, beyond the limitations previously mentioned, will be damage output compared to other frontline fighters. They don't have a damage adding Discipline Talent, nor do they have a significant bag of tricks, or a large number of attacks (e.g. Swordmaster and Taildancer). This means they will rely more on their Talent Options than most other combat Disciplines must.

In all, the Outcast Warrior is a solid combatant with more options of things to do in a fight than a Warrior, though they make some compromises that are best entering into with eyes open. Though, this Discipline is best left for players much more comfortable with the moving parts of the system.
There are is one good Initiate Talent Option for the Outcast Warrior, and something of a mixed bag beyond that: 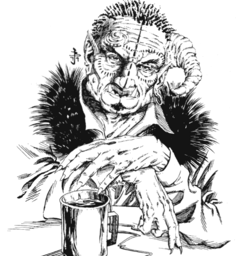 The Novice Talent Options hold a couple of Talents that a very important in dealing with some of the issues Outcast Warriors face:
There are some interesting choices available in the Journeyman Talent Options and some difficult decisions may have to be made:
Equipment

The limitations above seem to dictate some narrow options: one-handed weapon, shield and light armor. Between Shield Charge and Swift Kick, that is how things seem to fall out. Any improvements that can reduce initiative penalties (Smooth Armor) will be extremely valuable.
Posted by Morgan Weeks at 03:17