This is the seventh Adventure Log in an ongoing series about Earthdawn.Introduction and Index.

Passions are the Earthdawn equivalent to gods in other fantasy worlds. They fill similar functions: Passions have portfolios (Garlen's ideals are hearth and healing), Namegivers honor them for their blessings, powers are granted for their most ardent followers (known as questors), and the Passions work to advance their agendas in the world. They are different in key ways, however. The Passions are born from the Pattern of their land and have sway only there. This means the Passions of Barsaive are different than those of Cathay, though the same as those of Thera because it was Thera that Named Barsaive. 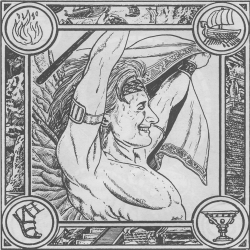 Anyone can follow a Passion and most Namegivers have one they favor above others. It is through the small acts of continual devotion and following those ideals which lead most Namegivers onto the path of a questor. While any Namegiver can be a questor, it is more uncommon for adepts to follow that calling. Following a Discipline requires dedication and focus that few can muster, even if they have the ability to do so, and even less can serve two different "masters" to the necessary degree. Also, the powers are not free and adepts have other things to spend points on. 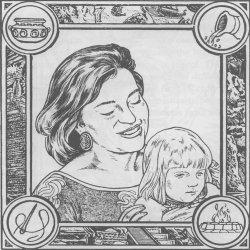 When the Passions manifest, typically in dream, the viewer will see them in the form they most expect. Generally this will mean in their own race and of the gender they associate with that Passion. Each Passion has particular elements associated with them that will always be present, though not all. For example, Garlen may appear as a motherly woman with arms open in acceptance, or as a kindly man ready to offer comfort and safety. She could appear in a home with evidence of children present, perhaps even address the character as in the manner of their mother, while he could appear within a kaer, or gathering water for his family. 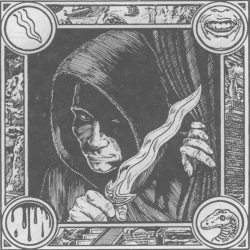 Thera and Barsaive have twelve Passions and prior to the Scourge all were largely benevolent to the Namegivers of the lands. During the Scourge, however, they were assaulted just as the people whom they spring from were. Three of the Passions went mad from the actions of the Horrors and their natures were changed. Known now as the Mad Passions, they became dark reflections of themselves and began pursuing their own insane agendas across the land. Their disruption of the previous balance between the Passions has caused strife among these entities. Now, instead of existing in harmony, they compete and pursue their ideals to the exclusion of others. Whether these attitudes are filtering down to Namegivers, or even stem from the collective consciousness of Namegivers, is unknown.

Awoke to Jak’Tak screaming and dealing with a thief trying to steal the debt paperwork. We left for Throal early the next morning looking for answers.


At the first crossroads we met up with a traveling group. Ontheros, the obsidiman whose brothers were corrupted and destroyed a village(3). Where we were joined by a group of psychic chakta birds. After moving along for a while we encountered an injured dwarf that had been attacked by a group of elf raiders over a map of a mine near Ardanyan. As we were about to leave we were attacked by a group of elf raiders on horseback who kill Tungar. He was carrying a letter from Grankar describing the map and how much wealth can be made.

We head to the cave and encounter a super scary bear/goat monster lives. Though I was not afraid and managed to get the beast to retreat.

Farther in the cave we find a cave trap and were once again ambushed by elves.


We successfully defeated the elves. They thought they had us trapped, but I valiantly went after their leader while Jak and Ontheros took out the others. Once we defeated them we ventured into the cave to search for treasure. 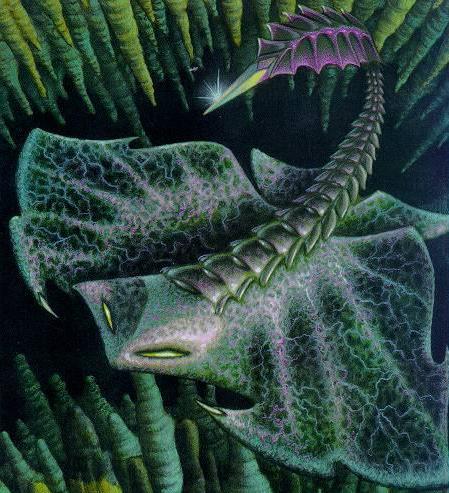 This cave was filled with many intersections and the first room of any note was filled with dark, writhing black worms. It was scary and gross. We quickly left. The next room led us down a ladder and faced with more intersections. After some exploration we discovered we needed to cross these giant pits filled with some kind of mist that sucks out the air. While I was fine, being able to fly and all, Jak and Ontheros braved the pit and were able to escape unscathed. The first major room we encountered had a wondrous purple crystal(4) in the middle of the room. It was so beautiful and made you forget everything else. Ontheros claims it is meant to trap Horrors. I guess he’s right, being that he’s spent quite a bit of time tracking Horrors. The next room had lots of vegetation and a stream running through it. The next large room was dark and kinda creepy. While looking around we were ambushed by two large flying creatures that were kind of flat with long stinging tails. It was if they were swimming through the air.(5) 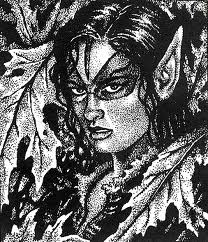 These menacing creatures were quickly dispatched. And we claimed their stingers as tokens. The next path showed that the stream have become a river with a heavy current. Getting Jak and Ontheros across the river proved to be a quandary once more.

Being the brave Windmaster that I am, I decided to explore a small crevice where the river enters the rock. This cavern was very dark and dangerous. With a low ceiling and a fast moving river(6) I wasn’t sure about this but I persevered. Towards the end of the cavern I saw some gold veins running through the rock. I decided to return and report my findings. Not finding any obvious treasures we decided to return to the surface and then to Ardanyan in order to gather our friends to return in order to further explore the river section.(7)

(1) An uncommon Discipline, particularly in this part of Barsaive, the Windmaster is a community guardian, similar to a Warrior, for windlings of Glenwood Deep.
(2) Known associate of Maester Bleys and Omasu.
(3) Refer to entry cataloged under: Adventuring Groups: Miscellaneous: Mismatched Steel – 02.
(4) I have read of these before, but never a purple one.
(5) Likely shadowmants.
(6) This is exceptionally brave and foolhardy behavior for a windling due to their size and inability to fly with wet wings.
(7) Received and edited by Zamirica One-Knee


This particular installment was mostly meeting some fauna of Barsaive and minor dungeon-crawling. I enjoy throwing in a some color to the proceedings (when I remember) as it can make the setting seem more vivid and remind everyone present just how other everything is in the world. Chakta birds are a personal favorite for this: they are largely benign, but many players cannot seem to trust them. Ironically, the windling was most offended by their existence - threatened by competition? A brithan, krillworms and shadowmants also made appearances and are all interesting because of the different responses they evoke. Particularly krillworms, which are largely harmless, but just icky. No one likes to fight krillworms.

The plot of the adventure proceeded largely as expected, though some clues were missed or overlooked. There happened to be enough pointing to what was going on (even if things were addressed in a curious order at times) that events kept moving - this is a good thing. The Group figured out where the main entrance to the kaer was roughly, but couldn't find the actual door. Discovering the door and gaining access is amazingly difficult, which makes sense since the kaer is supposed to protect against Horrors with hundreds of years to patiently grind away.

One thing the events reminded me of is how some of the basic assumptions of Earthdawn are different than most fantasy games. The best and most basic examples of this are obsidimen and windlings. Both of these Namegivers change the fundamental nature in how characters move around in various situations. Windlings can fly, though not carry much, which is a special thing generally reserved for bird familiars at low levels. Obsidimen, on the other hand, can severely limit travel. There is no common rope that can support their mass; even doing a single push-up is a feat for these Namegivers. What this comes down to is the following: don't forget the unique abilities and limitations that your particular Group may have and face. Handwaving can be effective, but it isn't very satisfying and once you have gone down that road, it is a difficult up-hill battle to bring back those elements that were ignored for convenience. 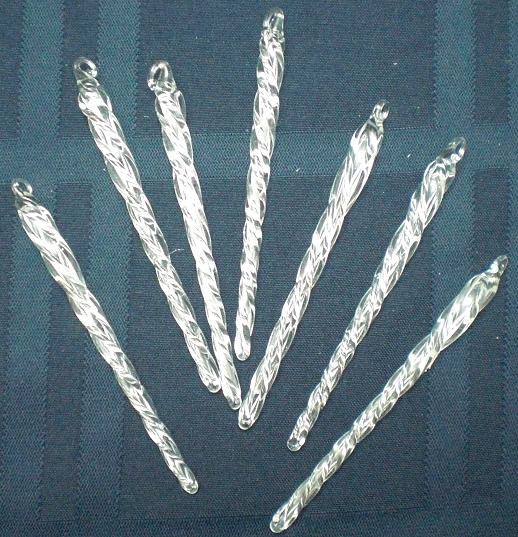 The loot I introduced in this session were the shadowmant stingers. There isn't much to say about them - I ordered small glass icicle ornaments. I got two different sizes to make certain they would fit in the boxes. This plan had foresight since I had to use the smaller size even though I liked the design less.

Another play aid that I have not talked about yet, despite introducing them much earlier, are binders. I created binders for each character that have a combat summary, a chart with the action dice, steps, and result levels, combat option sheets, expanded character sheets, full descriptions of all Talents and skills (including any relevant tables) and pouches to keep note cards. Everything is in sheet protectors and all of the players have dry erase markers. All of this is to try and move things along quickly, particularly combat, by putting all of the relevant information at each player's hand without anyone getting lost in the Player's Guide. The ability to write on the sheets and then easily clean it up means that everything stays legible longer and combat notes are easy. For games that have a lot going on, this is a very helpful system for me. In other games I have included information from between games in the binders as an easy way to disseminate information without exactly letting each player know fully what was going on.
Posted by Morgan Weeks at 03:59