Earthdawn: Anatomy of a Thread Item 04 - The Eternal Craftsman's Tool of Excellence

This is the fourth Anatomy of a Thread Item in an ongoing series about Earthdawn. Introduction and Index.

If you happen to be a player in one of those games, please do not read this series. There will be spoilers and some of this information is subject to change.

As usual, the Thread Items that create are designed with a specific character in mind. While most items may be technically useful for most characters, even if they aren't in the preferred style, there are practically useless for anyone other than the intended recipient. Anything with a Spell Matrix skews strongly in this direction (though any magician can likely find use), but this particular Thread Item is exclusively for a Weaponsmith.

The design behind this was an experiment in a number of ways. There is a story behind this item, but at the same time the story is about the character using the item. It takes you down the path of these famous adepts from the past as you are walking the same path. I found that synchronicity to be particularly interesting in how it makes the history more relevant.

There is a story not just in the Key Knowledge, but also in the Deeds. It gives clues into where it has been beyond what you have to know. There are stories and secrets, lost lore, beautiful things, all literally on the surface of this item. Each wearer leaves a mark on it, just as it leaves a mark on the wearer. As it helps you to accomplish your greatest work, at the end it asks you to pass it along and trust in them. This entire journey, this record of the past, is the Weaponsmith Discipline in so many ways. 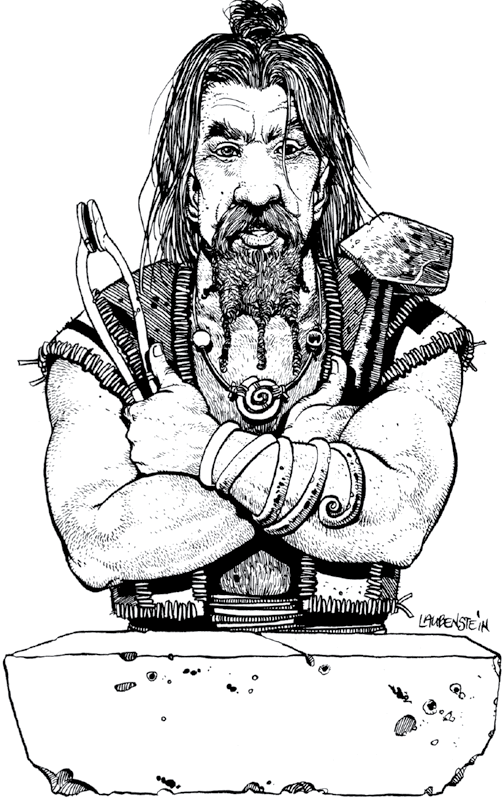 The themes that it represents and brings to the table are subtle and complicated. Just as you are learning about it, you are learning about those that came before you, and you are learning about you. It is about tradition, about community, excellence, and sacrifice. Knowing that you are not the beginning or the end of anything, but a link between the past and the future. That understanding isn't an easy one to come to grip with, but it is absolutely vital for the Weaponsmith.

Mechanically, it is without a doubt the most powerful Thread Item that I have written for this campaign, though a little banal in that power (it doesn't get any particularly interesting powers). It is also the only Master Tier Thread Item. It regularly gives multiple bonuses, often to high Circle Talents. These can potentially get unbalancing, but almost exclusively through support actions (crafting Thread Items being the most open to potential abuse, if an arduous task like that can be abusive). As the Thread Ranks get higher, the bonuses can get pretty big, but the requirement to get to those - completing a Heartblade - is pretty serious.

The final Thread Rank is my favorite and without that I don't think that this Thread Item would work for me. It would just be a big pile of bonuses. While there is no requirement to complete that Deed, there is some element of missing the point if you don't. That you are being selfish and not investing in the next generation. It doesn't have to be immediate, but the Effect of that Rank is not one that you know about ahead of time. It is the reward for making the sacrifice, however small it may seem at the time. It has left it's mark on you just as you have left your mark on it. 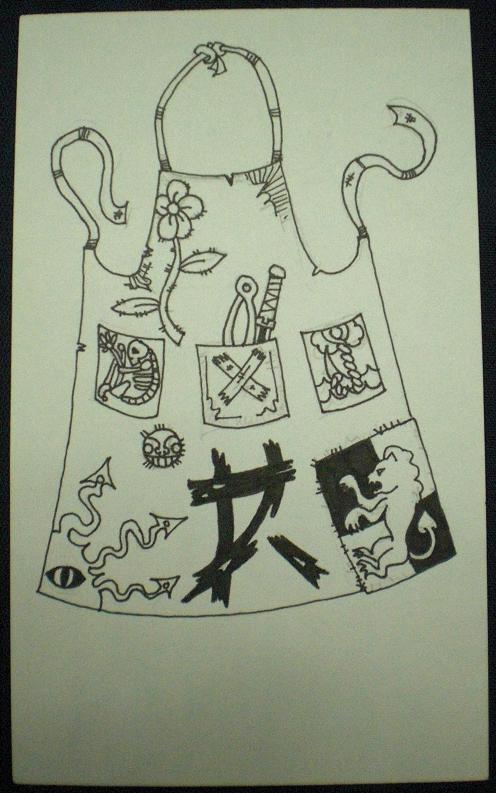 The Eternal Craftsman's Tool of Excellence

This is a well worn and loved leather smith's apron. It is of excellent, if utilitarian, craftsmanship and would likely be handed down from master to apprentice for generations. Across the apron are numerous decorations into the leather, of varying styles and sizes, clearly from different artists. The only aspect similar between the pieces is the skill of execution - each one is an excellent example from the tradition and/or culture it represents.

Key Knowledge: The wielder must learn the apron’s Name.
Effect: The wearer may leave a set of tools in the apron for a day and an hour. After this time the tools will give a bonus to any appropriate craftsman or artisan test equal to the Thread Rank woven. This bonus lasts until a different set of tools is placed in the apron. Additionally the wearer gains a +1 Rank bonus to the Forge Weapon Talent.

Thread Rank Three
Key Knowledge: The wearer must learn the Name of the first wearer and their Heartblade.
Effect: The wearer gains a +2 Rank bonus to the First Ring of Perfection Talent. Additionally the wearer gains +1 to all Thread Smithing tests.


Thread Rank Seven
Deed: The wearer must have completed his Heartblade.
Effect: The wearer gains a +6 Rank bonus to the First Ring of Perfection Talent. Additionally the wearer may spend a Karma Point on any test made within a permanent Forge.


Back Story
The origins of this Thread Item are actually somewhat unimportant compared to what it represents. Though it may count those who have used it's gifts and their greatest accomplishment, that is simply an honor roll, trophies on its shelf. This Thread Item is a legend of tradition and excellence, being passed from Weaponsmith to Weaponsmith. Those that have it are said to be destined for great things. It also marks the difficulty in attaining that greatness, for even with its gifts (which are considerable) accomplishing that magnum opus, the Heartblade, has only been completed four times in its lengthy history. It exists as a testament to the drive of those that do manage this monumental task.